The start of a new year and no winners to claim the previous years lottery prizes. This means millions of prizes won playing Australian Lotteries  but no one to claim it. According to the Australian official lottery house it is estimated that more than $12 million in Australian lottery prizes remain unclaimed.  The officials at Australian lotteries request Aussies who play lotto games to check their old lottery tickets just in case they might be one of those lucky winners because there are currently 23 major prizes totalling more than $12 million across Australia that have been won but not been claimed.

Register yourself as a player with lotteries

But because the winning tickets were not registered, Australian lotteries have  no way of identifying the winner or contacting them.

According to the Lott spokesperson Bronwyn Spencer urged Australians who play the lottery to do some cleaning and be vigilant for old tickets as he said that they had past winners come forward after finding an old ticket in the back of a drawer, in the central console of their car and at the bottom of their handbag.  Until most recently a player claimed their prize months after the draw after realising their ticket had been sitting in a pile of papers on their kitchen table for weeks.

“With more than $12 million of unclaimed prizes at large, it’s worth checking any lottery tickets you come across. If you do discover an old ticket, make sure you check it online, via the Lott app or in store to see if you are a winner.

Ms Spencer said the unclaimed winnings were a reminder that players should register their entries.

This means  all those players planning on getting an entry into the massive $80 million Powerball draw, should register their entry to a player’s card so your prize is secure and lotteries officials can contact you directly with the good news of a big win.

Lottery wins can be claimed in a period of time

In Australia the amount of time a player must claim prizes varies from state to state. Queenslanders have seven years to collect their prize, while those in New South Wales have six years. Victorians have six months to claim their prize directly from Tatts before the winnings are handed to the State Revenue Office. Similarly, in South Australia, players have 12 months to claim their prize before its forfeited to the Lotteries Commission of South Australia.

The Australian state with most unclaimed prizes

Unclaimed prizes across the country roll back to 2014 draws where no winner has shown up for the prize.

As said above there are 23 unclaimed lottery winners across Australia, with a total amount of prize money reach $12million. Queensland had racked up the most unclaimed prize money with $8million from ten tickets including a $2million win from 2014. New South Wales currently holds the most unclaimed tickets with 11 winners around the state totaling more than $3million.

Players can still collect their prize but will have to go through the revenue office to do so.

If you wish to play lottery them note that Lotto tickets can be purchased at any licensed lottery outlet, online from the lott.com or via the Lott mobile app. The home of Australia’s Official Lotteries, the Lott operates and markets Australia’s leading lottery games.  Some of the favourite lottery  games to play at the Lott, are Tatts Lotto, Monday and Wednesday Lotto, Powerball, Oz Lotto, Set for Life, Lucky Lotteries, Keno, Super 66, Lotto Strike and Instant Scratch-Its. 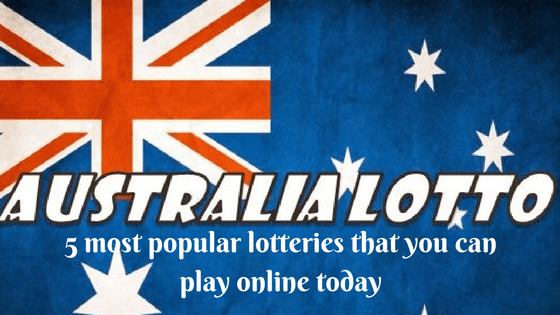 5 most popular lotteries that you can play online today 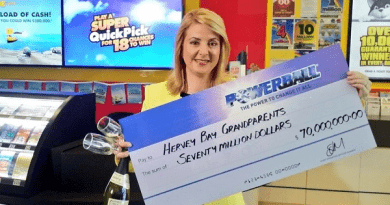 The 6/45 Australian lottery- Things to know